Home Lifestyle Its Important That We See Things Differently
Lifestyle

Its Important That We See Things Differently 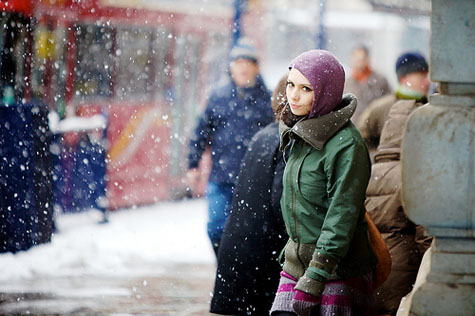 Last night, my buddy Anthony and I went out to a local bar for some drinks. Once inside, Anthony immediately saw a girl he was interested in. “Watch this,” he said.

He sat down at the bar next to her, smiled, and quickly introduced himself.  But before he could say another word, she asked, “What happened to your eye?”

“Oh, this,” Anthony said as he pointed to his black eye.  “It’s just a small battle wound from a triumphant, athletic victory.”

“Oh,” she replied again.  And although Anthony’s extravagant self-proclamations of being a backyard football champ have worked before, they didn’t work at all on this particular girl.  So she turned toward me. “And what do you do for fun?” she asked.

“Well, I think of football more as a philosophical engagement.  I mean… when I’m competing against others, I try to deduce a series of logical next steps and then take action based on my calculations of weight, technique, past experience, and my gut instincts about how my opponents are engaging in the game.”

She laughed. “With all that extra time spent thinking, you must get clobbered out there.”

“Actually, he’s one of the most athletic players I know,” Anthony interjected, halfheartedly.

“So, how can one of you battle while the other philosophizes?” she asked. “Those are two completely different things.”

“Actually, they’re not,” I said. “Just different interpretations of the same experience.”

“Yeah… Marc has had one too many adult beverages,” Anthony quickly intervened. “Sorry about that.”

Then he directed me away from the girl and toward the other end of the bar. “I know you’re married, but I’m trying to make progress with the ladies tonight.  Don’t ever spew that philosophy crap again,” he said. “All it does is scare them away.”

I looked back at the girl from the opposite end of the bar.  We made eye contact and she smiled and winked.

All of Our Lives

In our daily lives, we share common experiences with friends, coworkers, lovers, and complete strangers we cross on the street.  But these experiences are rarely as similar as we expect them to be.

A man and a woman may share a moment.  To her, it’s a gesture of romantic interest, but to him it’s just a friendly, intelligent conversation.  A mother may discipline her teenage son.  To the mother, it’s good parenting, but to her son, it’s oppression.  Two Web 2.0 startup founders may work tirelessly to design a new social networking platform.  To one, the project is about helping people communicate more effectively. To the other, it’s about breaking new technological ground.

We all have different needs, different perspectives, and thus different means for understanding and describing our experiences.  This is why we rarely have the same exact interpretation of a shared experience.

These differences are often cited as the reason relationships don’t work. “We just weren’t meant to be together,” a woman might say.  “My mom doesn’t understand,” a teenager might say.  “Our vision doesn’t seem to be compatible,” one startup founder might say about the other.

But that’s just an easy out. And it’s oftentimes dead wrong.  Such differences can be precisely the reason relationships do work.

If that woman wasn’t initially disappointed by that man, they probably wouldn’t be business partners and good friends today.  If that teenager wasn’t disciplined and nurtured by his mother, he may have decided to get into the car with his drunken friends the night they wrapped it around a telephone pole.  If one startup founder didn’t focus on technology and the other didn’t focus on people, their vision and their work would be far more limited.

It’s important that we see things differently.  Because when our different visions eventually mesh together…

Positive change transpires in all of our lives.

Marvin is a general who loves to share his life story with others. He has many great memories and experiences that he enjoys talking about, and he loves helping people learn from his mistakes. Marvin is always willing to share what he knows, and he wants everyone around him to be happy and successful.

4 Ways To Quiet The Negative Voice Inside You

Everything You Need to Know About Honey Blonde...

Consider A2 Caliburn as Your Next E-Cigarette Pod

The Benefits of Using a Rental Pressure Washer

What Would You Look for in the Best...

10 Happy Habits You Should Start Now

4 Ways To Quiet The Negative Voice Inside...